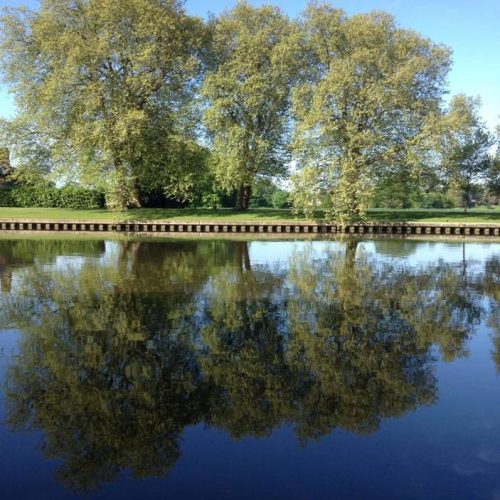 At a Datchet Parish Council (DPC) budget meeting in early January 2020, a £30,000 project to install jetties at the riverside was proposed in budget discussions to determine the precept, the Datchet element of our council tax, for 2020-21.

There are a number of new councillors who, DVS thought, might not be aware of the long-running saga or the strength of feeling, in both camps, whenever the subject of jetties is raised. We wrote to them, details below, with the intention of promoting discussion about the various factors affecting the riverside.

At February’s monthly Parish Council meeting, a decision was taken to leave £30,000 in the budget, ‘ear-marked’ for jetties, although there was no further discussion about whether this was something that Datchet residents wanted or needed, nor was any consultation proposed.

(Extensive refurbishment of the riverside and construction of a new riverside wall with mooring rings were undertaken by the previous council at a cost of around £120,000, paid for by RBWM, the Barker Bridge House Trust and DPC.)

A brief history
2011 DPC proposed to build two replacement jetties plus a third wider, longer jetty for French Brothers to provide a commercial service for the Olympics. The matter caused controversy in the village and the row continued after the 2011 parish elections.

2012 Public use of the jetties was prohibited. A Riverside Working Group was set up and a public meeting was held. A planning application for three jetties, 12/01139, was submitted. More than 50 residents commented on the application. It was withdrawn.

2013 In pre-planning advice RBWM’s Conservation Officer advised the use of natural materials and the Highways Officer said parking and a pedestrian crossing should be provided before a new application was submitted.

2015 Although no decision had been reached, a planning application for two jetties, 15/01086, was submitted to see how the Borough responded. The application had not been decided before the 2015 election. As the plans had not been approved by the council before submission, the new council withdrew the application, subject to a full review. This review did not happen although the chair promised another parish consultation which also did not take place. However, extensive refurbishment of the riverside was carried out (paid for by RBWM, BBHT and DPC) and the old, unsafe jetties were removed. During this project, RBWM’s Leisure Manager said the jetties could not be re-instated exactly as they were; they should not be longer but one should be much wider for wheelchair access.
Since then, the riverfront has been used extensively for mooring shallow-draft vessels.

2018 In a budget meeting of the previous council, Cllr Thompson asked for £30,000 for jetties to be carried forward although the matter had not been discussed or the project agreed.

We also sent a copy of the DVS Riverside Report, which was written September 2015 because of the controversy surrounding the jetties. This report considers the factors affecting Datchet Riverside from as many viewpoints as possible. It does not represent the opinions of the DVS committee or members but brings together information from several different sources. It can also be downloaded from the DVS website: www.datchetvillagesociety.org.uk/wordpress/wp-content/uploads/2015/09/Riverside-Development.pdf

The document raises a number of questions which might be considered:

We asked that, if a proposal for jetties is brought before the council, consideration should be given to these questions.