Dorothy’s family were in the coal business. Her grandfather, Charles Widcombe, was a coal merchant based at Datchet Railway Station with seven employees. His sons – Dorothy’s father Harry and his brother Arthur – joined him in the family business and took over when he retired.

Growing up in Datchet

‘Harry’ (William Harris) Widcombe had married Alice Mary Baigent from Clewer Green. The 1891 census recorded them in Datchet with two daughters, Dorothy May (born 28 May 1888) and Sarah Constance (born 1891), at Myrtle Villa, Back Lane, off Green Lane. A son, Charles Ingleton, was born in 1895.

Following the death of his parents, Harry and his family moved into their house, Clifton Villa, on Horton Road, where they were recorded in the 1901 and 1911 census. By 1915, the Widcombes had moved to Queensmead in Buccleuch Road. Queensmead was built between 1901 and 1911 although the Widcombes were not the first family to live there. In 1911 it was occupied by a widow, Mrs Lewis, the mother of another WWI volunteer, Leonora Madeline Sillitoe Lewis. Her census return indicated that the house had 10 rooms, two more than Clifton Villa. 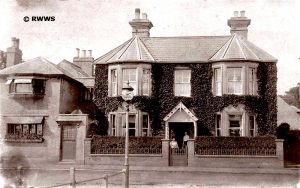 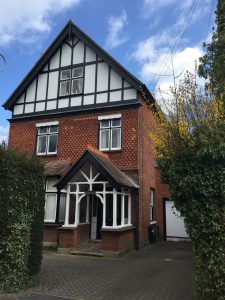 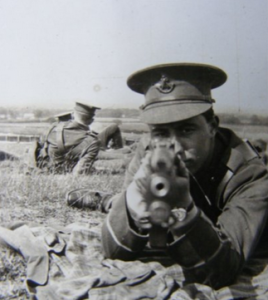 At the outbreak of war, Dorothy’s brother, Charles, left, joined the Public Schools Battalion, Middlesex Regiment. He was listed in the Datchet Roll of Honour published in the Windsor & Eton Express on 9 January 1915. Just over a year later, the Windsor & Eton Express reported, “Second-Lieutenant C Ingleton Widcombe, son of Mr and Mrs W H Widcombe, Queensmead, Datchet, of the Oxford and Bucks LI, reported missing on 6 April [1916].” The family received a telegram a week later which read “Deeply regret to inform you that 2Lt C I Widcombe Oxford and Buck Lt Infantry previously reported missing is now recorded killed in action. Lord Kitchener expresses his sympathy.”

Charles is commemorated on a brass plaque in St Mary’s Church. The plaque reads: To the Glory of God and in loving memory of Charles Ingleton Widcombe of this Parish, aged 21 years, 2nd Lieutenant, Oxfordshire and Buckinghamshire Light Infantry, who was killed in action at Sanna-i-yat Mesopotamia in the gallant attempt to relieve the beleaguered garrison of Kut, April 6th 1916. Greater love hath no man than this, that a man lay down his life for his friends. There was a ceremony to unveil the plaque in August 1917.

Dorothy also lost a cousin, Arthur Widcombe, who was also killed in action.

30-year-old Dorothy volunteered from 10 June 1918 to 25 January 1919 as a nursing member of the Voluntary Aid Detachment Middlesex/38, clocking up 507.25 hours. She was working at the Prince of Wales Hospital in Staines. 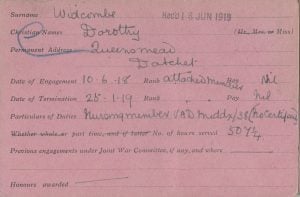 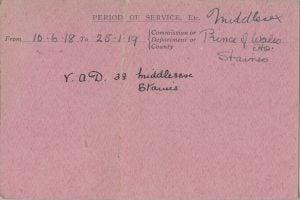 Dorothy’s sister, Sarah, known as Sadie, had trained as a piano tutor. (The Windsor & Eton Express reported in May 1915 that she had obtained the relevant certificate and become an Associate of the Royal College of Music.) She also made a scrapbook about her brother and the war which is held at the Soldiers of Oxfordshire Museum.

There are reports in local newspapers of the time which refer to a Mrs or a Miss Widcombe in Datchet but as these do not give first names, it is not easy to know whether they are referring to Dorothy or Sarah and their mother, or their cousin Elizabeth and hers. For example, in July 1927, Mrs and Miss Widcombe were at the Datchet Women’s Conservative Association meeting at The Priory; in October 1927, “Misses Widcombe” decorated the rooms at the school for the Datchet Horticultural Society fundraising dance.

Neither Dorothy nor Sarah married. Kelly’s Directory shows that coal merchants, Widcombe & Co, were still trading at Datchet Railway station in the 1930s. Dorothy’s mother died in 1936 and her sister Sarah died on 20 January 1938, age 47. Sarah’s probate records confirm she was still living at Queensmead. Probate was granted to Dorothy and her effects were £3474 16s 11d.

The 1939 Register showed father and daughter – Harry, a retired coal merchant, and Dorothy, a housekeeper – living at Queensmead. Harry died in 1940.