Joseph was born in Hoxton, London. In 1901, age 14, he was working as a clerk’s office boy. He had an older brother William, a grocer’s assistant, and a younger sister Hannah. At the time of the 1901 census, the family was living in London, at Rosoman Street, Clerkenwell, with three lodgers.

By 1911, Joseph had already joined the army. In the 1911 census, he was in Dover, as Rifleman 7880 in the 2nd Royal Irish Rifles. Datchet was listed as his home in his army records (SDGW).

Joseph’s battalion arrived in France on 13 August 1914, soon after the war broke out. Just over two months later, on 25 October 1914, Joseph was killed in action at Neuve Chapelle. He is remembered, along with 13,416 other men who have no known grave, at Le Touret Memorial in France. He was awarded the 14 Star, Victory and British medals.

His brother, William, also joined the army. William was wounded at Arras but survived the war and by 1919 was Sgt 11066 in the 6th Battalion of the Duke of Cornwall’s Light Infantry.

By 1918 Dr Glegg was living on The Green. It is not known if Sophia was still working for him.

Joseph was perhaps not listed on Datchet’s Memorial originally because he had not spent much time in the village, although other men who hadn’t really lived here are listed. Or perhaps his mother was no longer working for Dr Glegg in the village, when names were being collected for the memorial? His home was Datchet when he enlisted which, according to the original criteria, would qualify him for inclusion on the memorial. His name was added in November 2018. 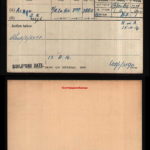 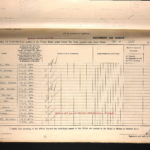 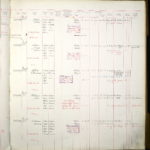