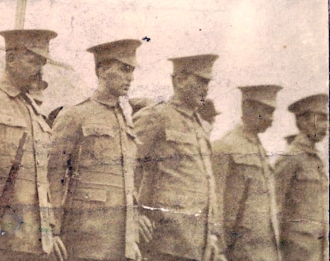 Datchet’s original War Roll, a Roll of Honour listing all the Datchet men who served in WWI including those who survived as well as those who lost their lives, was created in 1919-20 and includes the names of 350 men. The War Memorial Committee experienced many difficulties in compiling this list which are further explained in another section of this website: The men missing from Datchet’s War Memorial. For example the War Roll includes names of casualties who are not remembered on the War Memorial, and the War Memorial includes names of men who are not listed on the War Roll.

The DVS is indebted to Harry Clasper for taking on the mammoth task of compiling a more complete war roll as part of our WWI research project. Harry’s list includes the names of 432 men, 82 more than the original list.

The information for this revised War Roll came from a variety of sources including Datchet’s Parish Magazine, Clint’s Roll, and the Commonwealth War Graves Commission.