On Saturday 8 October 2016, Datchet Village Society held a special party in the Church Community Room to celebrate its 21st anniversary.

Members past and present were invited to join the celebrations and nearly 40 people attended.

(Please click on an image below to enlarge, then use the ‘next’ and ‘previous’ buttons to scroll through the photographs.) 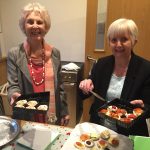 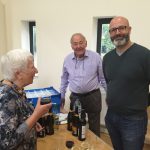 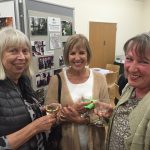 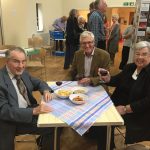 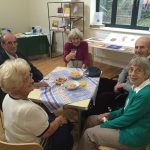 The committee kept everyone’s glasses and plates filled, with sparkling wine and canapés. 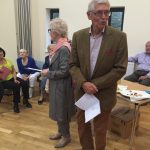 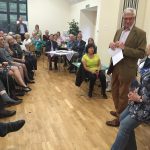 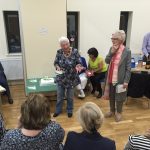 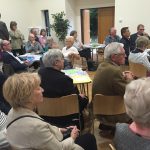 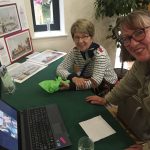 A number of founder members joined the gathering including John Townend who spoke about the early days of DVS. Chair Janet Kennish then talked about the Society’s work over the past 21 years and its important and continuing contribution to the future development of the village. 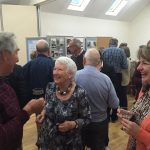 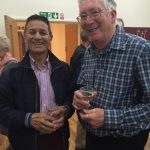 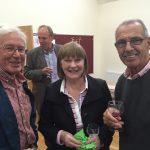 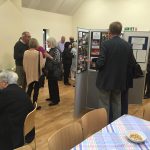 It was a very sociable occasion and an opportunity for members to get to know each other better. But a party wouldn’t be complete without a cake and candles: the anniversary cake displayed the DVS logo, a swan on the Thames outlined against an oakleaf. The committee also presented Janet with a bouquet of flowers as a small token of their thanks for all her hard work and dedication to the Society and her invaluable contribution to the village. 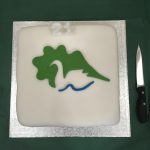 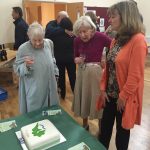 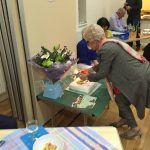 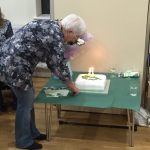 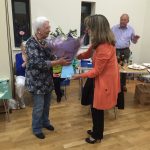