(The spelling of Christopher’s name varies in different sources: Nichols, Nicholls, Nickolls. His birth registration reads Nichols although he is remembered on Datchet’s memorials as Nicholls.) 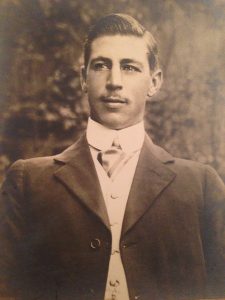 PC Christopher Nichols, left, had been Datchet’s ‘bobby’ since 1912. He was born on Christmas Day, 1889, in Buckinghamshire and baptised on 9 February at Moulsoe, near Newport Pagnell.

Christopher was the youngest of at least 15 children born to Benjamin Nichols. When he was born, his father was about 60 and his eldest brother was 34.

Benjamin was a gamekeeper and agricultural labourer, born in Castlethorpe, Buckinghamshire, c1829. Benjamin’s first wife was Jane Pearce who died in 1867 after the birth of her seventh child. Benjamin then married Jane Mobbs, a lacemaker from Lathbury, in 1869 and she was the mother of his next eight children, including Christopher.

In the 1891 census, baby Christopher was with his parents, brother Joseph, and sisters Ellen, Mary and Catherine at Broughton, near Newport Pagnell. The family was living in four rooms.

In the following census, 1901, Christopher, then 11, was at home with his parents, One of his nephews, Ernest Ayres Nichols (who also died in WWI) was also living with them. Christopher’s father, Benjamin, by then 71, was still working as an agricultural labourer.

Benjamin died early in 1909. In November that year, according to the Thames Valley Police website, 19-year-old Christopher was appointed Police Constable 79 in the Buckinghamshire Constabulary. The following March, after his initial training at the Buckinghamshire Constabulary Headquarters in Aylesbury, Christopher was posted to the Southern Division and stationed at Slough. He was one of seven constables living at Slough Police Station. On 25 July 1912, he was posted to Datchet, within the Southern Division. The police residence in the village was Crispin Villa, 55 Slough Road.

Christopher’s police work didn’t go unnoticed. His name often appeared in the local press. On 11 February 1913 he was commended by both the Maidenhead magistrates and his Chief Constable for the smartness he had displayed in arresting a person wanted for larceny, and for the able manner in which he gave evidence which led to the thief being convicted and sentenced to four months’ hard labour.

Like many other men his age, Christopher volunteered to serve in the military during the war. In November 1915 he was released by the Chief Constable of the Buckinghamshire Constabulary under the provisions of the Police (Emergency Provisions) Act 1915 for military service. Christopher enlisted in Aylesbury that same month. He would, at some point, have had to vacate the house, Crispin Villa, which came with his job. He was given a good send-off by the Working Men’s Club in Datchet, of which he was a member, which was reported in the following issue of Datchet Parish Magazine in December 1915.

Christopher was home on leave at Christmas 1915 which gave his friends the opportunity to present him with a token of thanks. The Windsor Express reported in its 1 January 1916 issue:

“Presentation: Trooper Nicholls, Royal Horse Guards, who until recently was the Constable at Datchet, was the recipient of a very pleasing presentation when he returned for a few days leave at Christmas. The initiative was taken by Mr T Skelton and with the donations of some friends he was given a fountain pen. The speeches made pointed out the esteem with which he was held on account of his conscientious performance of his duties and stated that they wished him good luck and a safe return.” 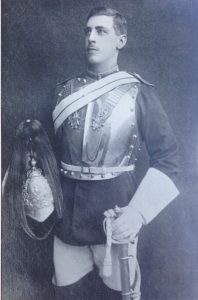 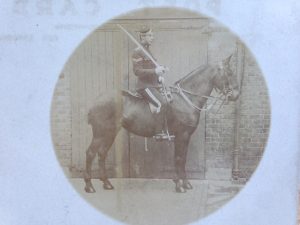 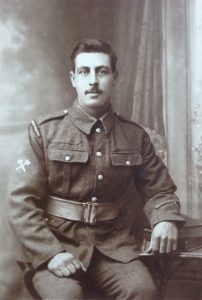 From Trooper to Guardsman

He later transferred to the 2nd Battalion Coldstream Guards as Guardsman 22726. The Battalion, stationed in Windsor, was also fighting on the Western Front. Christopher was killed in action, age 28, on Sunday 24 March 1918 at Boisleux Au Mont.

Christopher is remembered on some memorials, including those in Datchet, as a Trooper in the Royal Horse Guards which suggests that he had only recently transferred to the Coldstream Guards. This appears to be confirmed by a website, ArmyServiceNumbers.blogspot.co.uk, which indicates that Christopher’s service number in the Coldstream Guards, 22726, was issued between 8 January and 16 March 1918.

Was Christopher also in the Household Battalion?

The Household Battalion was formed in London in September 1916 from the reserve units of the Household Cavalry (the 1st and 2nd Life Guards and the Royal Horse Guards). The cavalry troops were retrained as foot soldiers to fight the increasingly mechanised war. They suffered heavy losses at the Battle of Arras and at Passchendaele (Third Battle of Ypres) and the battalion was disbanded in February 1918 as part of a widespread reorganisation of the army in France. The men went initially to the 11th Entrenching Battalion where they became available for posting to any unit which required a draft. 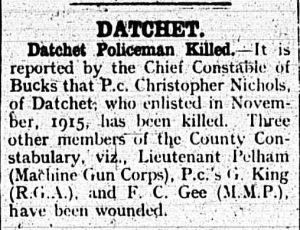 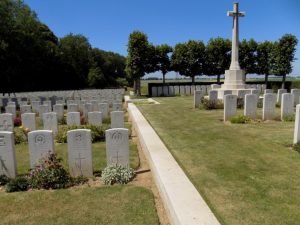 Christopher is remembered not only on Datchet’s War Memorial on the village green but on memorials in Broughton, Milton Keynes, Aylesbury and Windsor.

His name is listed in the Broughton Roll of Honour at the Church of St Lawrence near Milton Keynes. He is also remembered on the WWI memorial for 15 fallen police officers at Central Milton Keynes Police Station. Of the 225 in the Buckinghamshire Constabulary during WWI, 78 were called up. Fifteen were killed in action, died or were accidentally killed, and three were injured so badly that they were unable to return to police duty. A brass plaque at Aylesbury Crown Court, at the entrance to Court 2, lists the men of the Bucks Constabulary, including Christopher, who lost their lives in the Great War.

Christopher is also remembered in the Roll of Honour at Holy Trinity Garrison and Parish Church in Windsor. This book, which is kept on the left of the altar, lists Christopher’s details in the Royal Horse Guards and Coldstream Guards, see picture below. There is no mention of the Household Battalion.

DVS is very grateful to Christopher’s great x3 nephew who kindly contributed some of his treasured family photographs for this page. 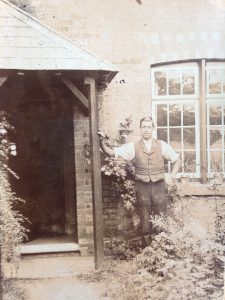 Christopher outside the family house in Broughton 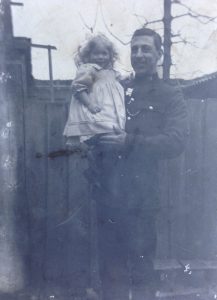 And in uniform, with one of his nieces

Update May 2020: Following a recent enquiry, we are delighted to have been able to put two of Christopher’s descendants in contact with one another. As a result of this, we are now also able to add further documents to this page. Please click on an image to see an enlarged version. 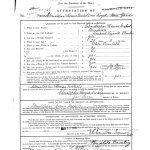 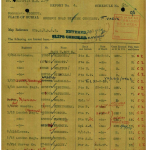 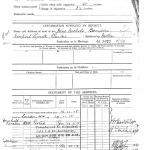 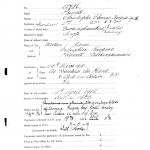 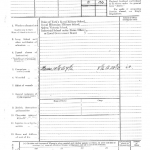 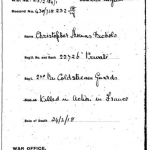 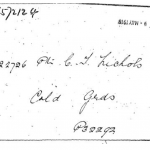 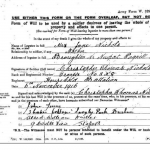