Less is known about the role of Datchet women in WWI but as we discover information, we will add their stories here 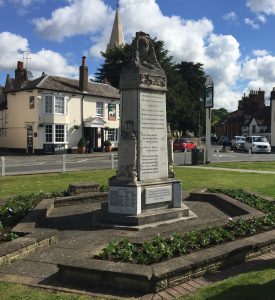 There are no Datchet women remembered by name on Datchet’s War Roll. The women’s contribution is remembered in numbers on one of the faces of the War Memorial on the village green. The inscription reads:

The numbers here recorded are of those inhabitants of
DATCHET
who by active military service in foreign lands or in this country
or by services rendered at home contributed to the great victory
which this monument commemorates.
In the Naval Military and Territorial Forces before the war:  40
Joined the forces during the war:  322
Served abroad or at home in the Red Cross Society, The Volunteer Defence Corps, as Special Constables, in the Voluntary Aid Detachment or the War Hospital Supply Depot:  142

Datchet’s women are included among those ‘142’. Details about some of these women, listed below, and their contribution to the war effort have been found in Red Cross Records, in Medal Rolls, and local newspaper articles. As the Village Society discovers more about these women, we will add their details on these pages. Please click on names in blue for more information.

The women of Datchet were responsible for two of the war memorials in the village. 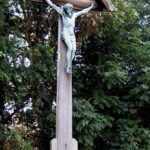 The first war memorial in the village was the London Road Crucifix. This was erected in 1919 through the generosity of Mrs and Miss Curling of Denholme on Horton Road. On Empire Day, 24 May 1919, a large congregation, including many soldiers returned from the front, attended the Dedication of the Crucifix. There was a procession from the church, followed by the choir, the Vicar and the Bishop of Buckinghamshire. In his address the Bishop said that the memorial was intended as a wayside shrine which would be a familiar sight to those who had served in France but was little known in England. 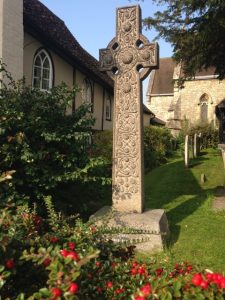 In St Mary’s Churchyard, there is Celtic Cross memorial made from grey Cornish granite. This is the Women’s Memorial. At the base of its north face, there is an inscription ‘Erected by the women of Datchet to the memory of those from the parish who fell in the Great War 1914-1919; and on the south face, ‘Faithful unto death’. It is not known which women were responsible for this memorial, and no information has been found about its dedication or unveiling. An application was made in May 1919 to erect this memorial in the churchyard. This was around the same time that a decision was made to erect a memorial on the village green.