Hamilton came from Croydon but was living and working in Datchet before the war. He was the manager of one of the village’s grocery shops so was probably well known here. He enlisted a few weeks after war was declared but he was not remembered on Datchet’s War Roll, or on the WWI Memorial. His connection with Datchet was discovered in the Croydon Roll of Honour.

Hamilton became Lance Corporal, 16730, of the 5th Oxfordshire and Buckinghamshire Light Infantry (OBLI). He went to France in May 1915 and was killed later that year, age 27, on 25 September 1915. He is remembered at the Ypres (Menin Gate) Memorial. His brother George was also killed in action. His parents, Mr F and Mrs C Lisney, were listed in SDGW at 18 Tamworth Place, Croydon.

Hamilton was probably not remembered on Datchet’s memorial because he had no family living here. He does, however, fulfil the original criteria set by the War Memorial Committee, that a man should be living in the village when he enlisted. For that reason, his name was added to the Memorial in November 2018. 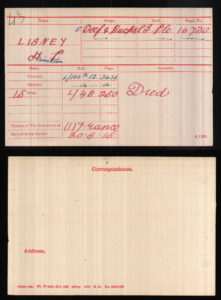 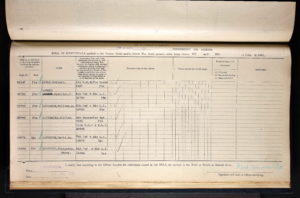