Nora Vincent Fallon was born in 1900. She didn’t change her name to O’Fallon until much later. Her father was Walter Joseph Charles Fallon, born in Bayswater, London. Her mother was Hilda Sophia O’Neal, née Rayner, born in Liverpool in 1871.

The family appear to have been comfortably off. Nora’s maternal grandfather, Lloyd Rayner, a broker, had died in 1876, aged 54, leaving £120,000. In the 1881 census, Nora’s widowed grandmother, Ann Sophia, 44, was living at Park Avenue, Wavertree, with her 20-year-old son, Hugh, a medical student, Hilda and her younger sister, 8 year-old Sibyl, and six-year-old Lionel. They had a number of servants; butler, cook, nurse and kitchen maid, domestic servant, and coachman and family in the cottage stableyard.

In April 1891, Nora’s mother, Hilda, married Louis Belfield Jardiner Kingdom O’Neal in London. Louis was born in Barbados where his family were landowners. The marriage was not to last and he filed for divorce in 1897, citing Walter Fallon as the Co-respondent.

Walter and Hilda married in 1898 at St Mark’s Church, Maida Vale, London. He was 25 and she was 27. They were both living in London at the time. On the marriage certificate, his address was 42 Northumberland Place, Bayswater and hers was 60 Hamilton Terrace, St John’s Wood. Their marriage certificate also showed that Walter’s father, Thomas Joseph Fallon had been deputy commissioner of Burma. Hilda was listed as a ‘widow’.

Childhood by the sea

By the time of the 1901 census, Walter and Hilda had started a family. They were living at The Bungalow, St Helen’s, Hastings, with their eight-month-old daughter, Nora Vincent Fallon. There was no occupation listed for Walter; he was living ‘on own means’. The family had a housemaid, and also a cook who lived in the ‘rooms over the coach house’. Nora’s sister Muriel, was born in 1905.

By 1911, the family and two servants were living at 6 Grosvenor Gardens, St Leonards, in a 12-roomed house by the sea. Grosvenor Gardens lies between the A259, the main road which runs along the seafront, and the sea. 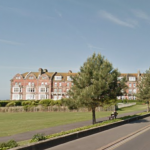 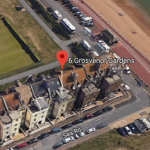 It is thought that Walter must have died sometime between 1911 and 1914 but a record of his death has not been found yet.

A step-father and a move to Datchet

In 1914, when Nora and Muriel were 14 and 9, their mother, Hilda, then 43, married 39-year-old Stanley William Treacher at St Martin’s, London. Stanley, from Penge in Surrey, was a wine merchant. He was single and, in the 1911 census, had been living at Anerley Park, Penge, with his widowed father, three siblings and two servants. The family then moved to Littlecroft, 50 Eton Road, Datchet.

It was not a long marriage. Stanley died in early 1916, but Hilda remained at Little Croft well into the 1920s.

At some point, the girls, Nora and Muriel, changed their surname to O’Fallon. 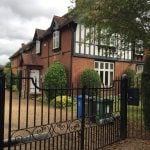 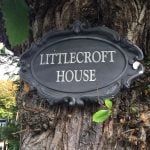 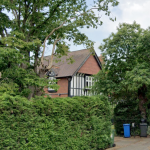 Nora and Muriel were both talented performers. Muriel became principal of the Windsor Operatic Society while Nora was a ‘popular and talented member of the Royal Albert Institute Operatic and Dramatic Society, and of the Farnham Common Operatic Society, who has so successfully played leading parts in amateur theatrical performances locally for several years past.’

During the war, the girls performed in aid of local hospitals. The local papers have several reports of their performances.

Left: In March 1917, Nora, still only 16, took part in Madame Amy Newton’s concert in aid of Slough Voluntary Aid Detachment Hospital. The concert was staged under the patronage of HRH Princes Christian.

Nora worked with the Red Cross from January 1918, age 17, until March 1919. She was based at the Prince of Wales Hospital for Officers in Staines. Her Red Cross records, below, indicate that she was a ‘Nursing Member (1st Aid Certificate only) of Voluntary Aid Detachment Middx/38. She worked part time, clocking up 1584 hours. 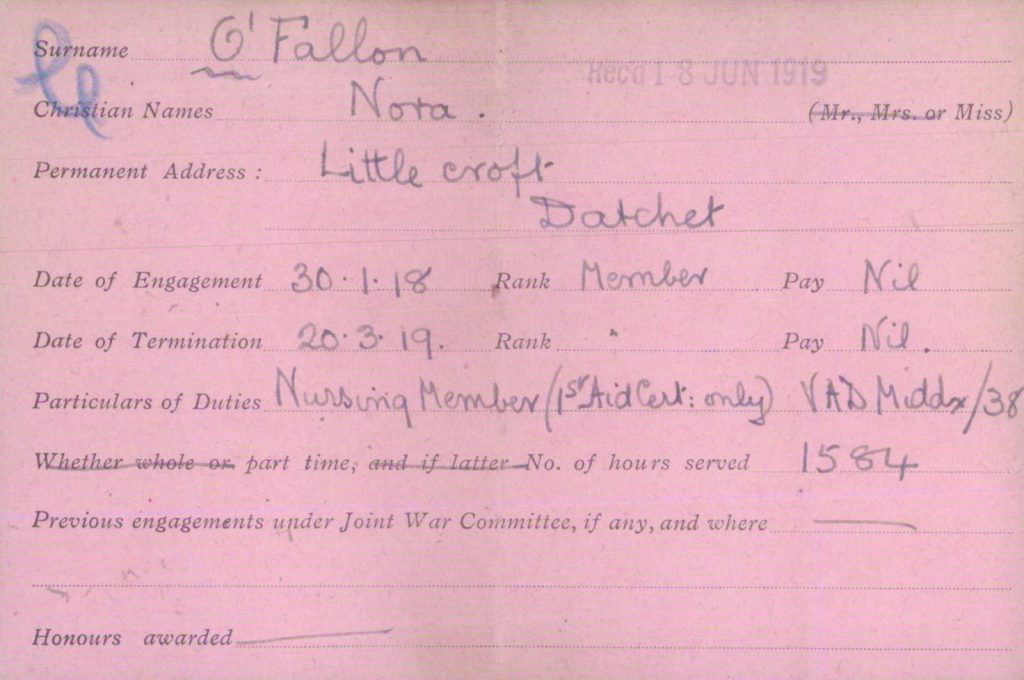 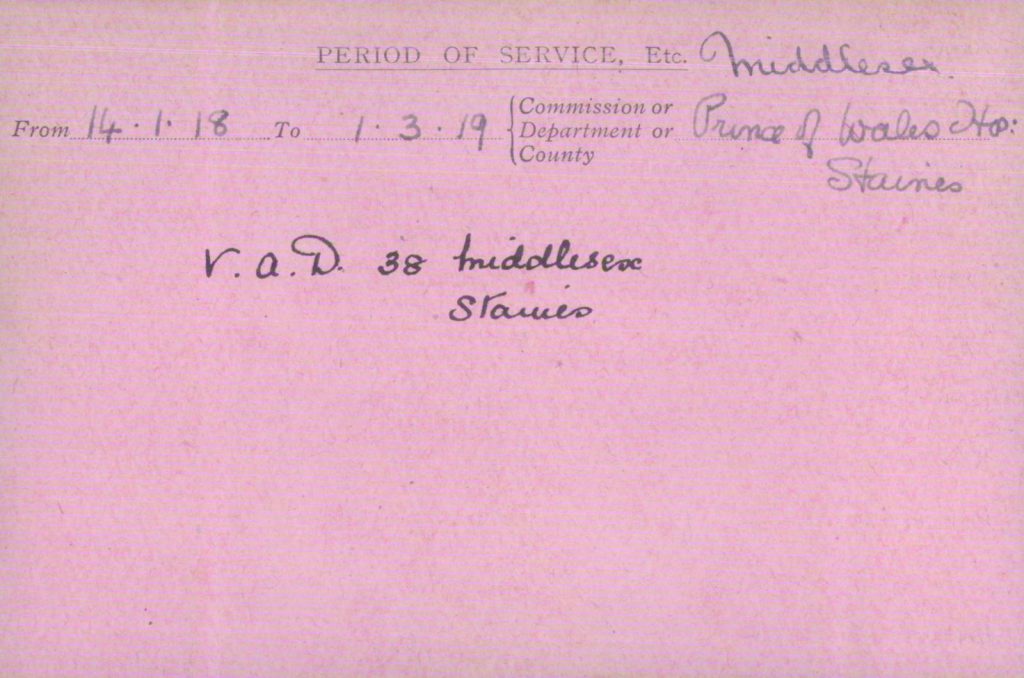 In May 1925, Nora’s sister, Muriel, married a local man, Lesley Soden, at St Mary’s Church in front of a large congregation. Lesley had lost his brother Harold in WWI.

On 20 April 1929, Nora married Hugh Austin Dickie (1899-1955), a lieutenant in the Royal Artillery who had served in WWI. He was the only son of Mr and Mrs Hugh Dickie of Morpeth, Northumberland. His father was a medical practitioner. The wedding was reported in the local papers and drew a huge crowd. An article in the Slough, Eton and Windsor Observer was headed: ‘Marriage of Miss Nora O’Fallon – Pretty Ceremony at Datchet – Popular Figure in Amateur Theatrical Circles’. The paper reported that a large crowd gathered in the ‘warm and brilliant sunshine’, anxious to catch a first glimpse of the bride, entering St Mary’s Church for the midday wedding. ‘A dozen or two of cameras from the “Brownie” of the amateur to the big press camera of the newspaper man flanked the path up to the church on both sides.’

Nora was given away by her mother, Hilda, who was dressed in navy blue crepe de chine with a Paisley coat and a black turban hat of felt and straw. Nora wore a ‘picturesque dress of gold-embroidered ninon with a long veil of cream net, surmounted by a wreath of orange blossom. Her shoes were also gold-embroidered and she carried a sheaf of lilies’. Her bridesmaids were her nieces, June and Patricia Liddle. After being showered with rose petals and confetti, the couple were driven to Littlecroft for the wedding reception. A day later they departed for the Riviera on honeymoon. The paper reported that their future home would be at Blackheath, near Greenwich.

In 1936, there is a record of Hugh and Nora sailing back to the UK aboard the ship Highland Brigade. The ports of call are listed as River Plate; Buenos Aires; Montevideo; Santos; Rio de Janeiro; Pernambuco; Las Palmas; Lisbon and Boulogne. The passengers records show their address in the UK as Shrewsbury Lane, Shooter’s Hill, (near Greenwich).

The 1939 Register lists Hugh as a Major in the Royal Artillery, living at Bickley Park Road, Bromley. When Hugh died on 20 March 1955, they were living at 4 Knott-Park House Oxshott, Surrey.

Although Nora left Datchet, her mother, Hilda, remained at Littlecroft until at least 1947. Her death was registered in 1955 at the register office in Eton. Sister, Muriel, and her husband Lesley Soden, also remained in the village for many years.