Olive Mary’s father, Alfred Dearlove, was a shirt manufacturer in the East End of London. Her mother, Emily, née Gaunt, was a shirt maker, which may explain how they met. There was a large age gap their ages. Alfred, born in 1833 and widowed in 1886, had married Emily, born in 1865, in 1888.

In 1891, the census recorded the couple at 149 Turners Road, Mile End, East London, with a son, Robert, born 1888, and a daughter, Annie Emily, just a few months old. Also with them were three sons from Alfred’s first marriage, aged between 19 and 22, only a few years younger than Emily, 26.

Their first daughter, Annie Emily, died in December 1892. Olive Mary was born in November 1896 when Alfred was 63. The 1901 census recorded Olive with her parents and brother at Turners Road, Mile End.  Her father, Alfred, died in early 1904 when Olive was just eight years old and her brother died later that same year.

Olive’s school records show that she attended Thomas Street School in Tower Hamlets in 1905, where her address was given as 126 Turners Road; and in 1907 Malmesbury Road School. In 1907 she was living at 47 Antill Road, which still exists, not far from Mile End Park.

Olive’s mother, Emily, remarried in 1910. Her second husband was Charles Samuel Ward, a tailor, who lived in Datchet. Born c1861, he was much closer to Emily’s age and he, too, had been widowed. In the 1911 census, Olive, age 14, was listed as an assistant in employment bureau. She and her mother, now Emily Ward, were living with Charles Ward and his son Sidney, age 17, (also a tailor), at Kings Cottage, Penn Road, Datchet.

The Wards were a large family. Charles’ first wife had children from her previous marriage and together they had six more children. Olive became a step-sister to Artemus, Richard and Sidney Ward who all served in WWI.

Helping in the hospital kitchens

Red Cross records show that during WWI, Olive worked in the kitchen of the Bucks 4 VAD Hospital at St Bernard’s Convent in Slough (which later moved to Birchfield, Middle Green, Langley) from May 1916 to February 1918 (or 1919, the record cards show different dates). Her work on alternate Sundays amounted to about 400 hours. 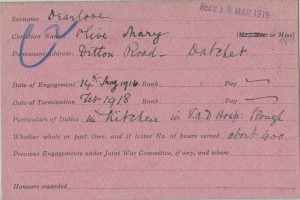 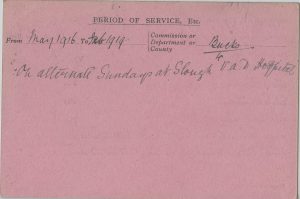 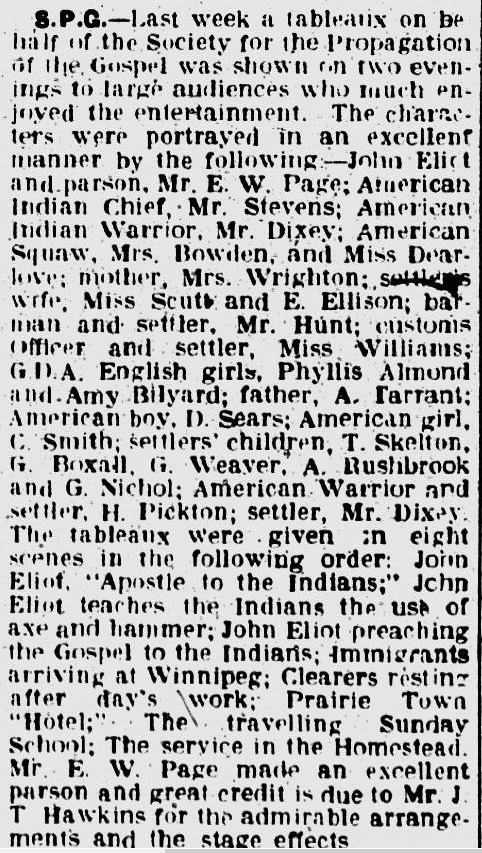 After the war, Mary’s activities were occasionally reported in the local press. For example, in the Slough Eton and Windsor Observer, 26 October 1928, right, she played the role of an American squaw in a set of tableaux on behalf of the Society for the Propagation of the Gospel, illustrating how American Indians were taught about the Gospel.