These six pictures record Datchet railway station and level crossing in the High Street in the 1950s, ’60s and early ’70s. They were taken by, or belonged to, Bill Lynch, a former signalman at Datchet station who lived in one of the adjacent Railway Cottages. He is particularly remembered by many people for the splendid yearly displays of dahlias in his corner garden in the High Street.

Many thanks to railway enthusiast, Ian Pethers, who tells us that the two colour photos must have been taken in April 1973 as the new red and white drop-down barriers can be seen in position alongside the gates. Ian watched the old gates being removed on 20 April 1973. 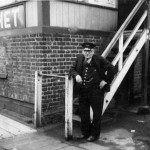 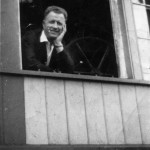 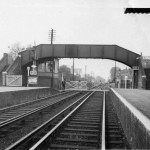 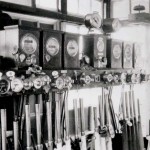 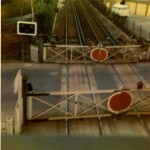 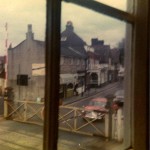 Ian Pethers also sent us a picture of Mays Crossing (at the top of Queen’s Road). This photograph from 1972 is particularly interesting because it shows North Green and Patrixbourne in their original redbrick, with only the decorative timber sections picked out in black on white. You can also see the original shape of the corner turret, now truncated. The big stone house, Ormonde, now hidden by a 1960s’ oak tree, is also visible in the background. 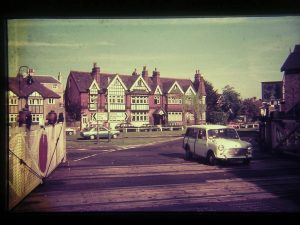 All rights reserved. The images on this website may not be reproduced or used in any manner whatsoever without the written permission of Datchet Village Society. To request permission, please contact us via the Get in touch page.