Holmwood, Datchet (on the site of Ruscombe Gardens)

Ronald came from quite a wealthy family. His father, Charles Herbert Stanley, was brought up at 9 Lancaster Gate, one of the very grand houses near Hyde Park, where the family lived with six servants. Charles married Evelyn Gertrude Turing Lawford in August 1889.

After their marriage, Charles and Evelyn moved to Datchet and, in 1891, they were living at Littlecroft on Eton Road with a cook and a housemaid. Their first son, Ronald Bruce, was born in Datchet on 25 September 1892. The following year, his brother, Evelyn Charles, was born, and in 1898, they had a daughter, Gertrude Joan.

By 1898 the family had moved to Holmwood, a large Victorian house which stood on the site of the present Ruscombe Gardens. The 1901 census records that the Stanleys had six servants living with them.

Ronald was educated at St Clare and Walmer, and studied at Wellington College in Crowthorne from 1905 to 1908, where his housemaster was Arthur Henry Fox-Strangways. As a boy (and later during his Army career), he took a keen interest in sport and was good at golf, football and hockey. His father and grandfather were both stockbrokers at the London Stock Exchange and, when he was old enough, Ronald joined the profession too. He became a Stock Exchange Clerk and worked at 76 Cornhill, London, the same place as his father, from about 1910.

On the night of the 1911 census, 19-year-old Ronald was staying with a friend or colleague from the Stock Exchange, Eric George Waley and his family, at Stone House in Reigate, a very grand, 22-roomed house. Another visitor, Redvers Arthur Oldham, age 20, also a Stock Exchange clerk, was with them.

Ronald was perhaps often seen around the village on his bicycle. On 26 July 1913, the Slough, Eton & Windsor Observer reported that he had been involved in a collision with a car on the A4 at Salt Hill. His bicycle was badly damaged but he wasn’t reported injured.

Ronald and his brother Evelyn took a Territorial commission in the Army Service Corps (ASC). The Press Gazette, 3 May 1912, records that they became Second Lieutenants in the South Midland Brigade Company, South Midland Divisional Transport and Supply Column, Army Service Corps. On the outbreak of war they immediately volunteered for service overseas. 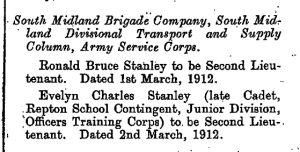 Both men are listed in the Datchet War Roll, published in the Windsor & Eton Express on 9 January 1915.

Ronald’s medal cards show that he entered the theatre of war in France on 20 March 1915. He remained there until November 1917 when he transferred to the Royal Flying Corps (which became the Royal Air Force in 1918). He returned to England to the Flying School at Reading to undergo a course of instruction in flying. He also qualified in night flying with a view to going overseas to bomb German towns.

In January 1918 Ronald was in 76 Squadron which was a home defence fighter squadron. He obtained his ‘wings’ at the end of March 1918 and was then transferred to 36 Squadron as a Lieutenant, Honorary Captain. This was also a home defence squadron, defending the coastline between Newcastle upon Tyne and Whitby against German Zeppelin attacks, and later, once these attacks had stopped, it switched to training duties.

Ronald’s military records indicate that he had flown in BE 2e, 2c and 12a aircraft. The BE 2 was a single-engine, two-seat biplane which had proved unsuitable for air-to-air combat but its stability was very useful for artillery observation and aerial photography duties. The BE 12 was a single-seat version of the BE 2. 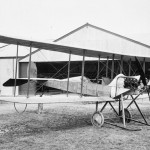 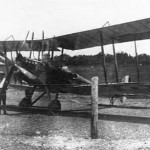 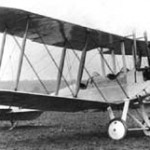 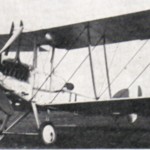 Although peace was declared on 11 November 1918, Ronald was still on active service in early 1919. On 13 February 1919, he was taken to the War Hospital in Sunderland. Following an attack of influenza, he had succumbed to double pneumonia and died on 17 February 1919, age 27. (The flu pandemic of 1918-19 killed more people than the Great War.)

In an obituary, published on 1 March 1919, the Windsor & Eton Express reported: “By his death at the early age of 27 the Service loses a capable and popular officer and all who knew Captain Stanley sympathise deeply with his relatives in their sad bereavement.” 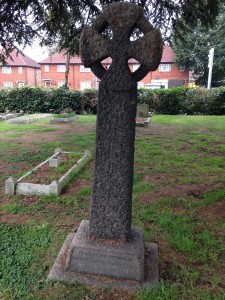 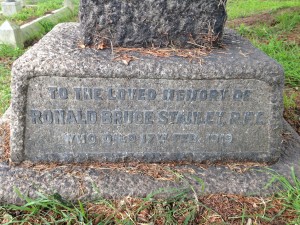 Ronald’s funeral took place in Datchet on 21 February 1919. The arrangements at Sunderland were made by Captain Lawson, Ronald’s Squadron Commander, and his coffin was brought to London under the escort of fellow officers, Captain J A Stanbrook and 2nd Lieutenant T R Daisley. An RAF tender from King’s Cross to Datchet was provided by a Night Flying Squadron from Hornchurch, and officers from that Squadron assisted two from RAF Hylton as bearers. The service took place at the cemetery chapel in Ditton Road and was conducted by the vicar, Rev J H Harvey, and also Ronald’s uncle, a retired vicar, Rev William Frederic Tucker Hamilton of Woking*. After the last rites were concluded, buglers sounded The Last Post. Many people, family, villages and colleagues in the RAF sent flowers and wreaths.

(*Rev Hamilton had married one of Ronald’s Aunts, Maud. She died at the early age of  38 after giving birth to their second child. She had post natal depression.)

Ronald’s headstone in Datchet Cemetery is a tall, rustic, round-headed cross and the inscription reads: To the loved memory of Ronald Bruce Stanley RFC who died 17th February 1919. He is also remembered on the WWI memorial on the village green.

He was awarded the Victory and British War Medals and 1915 Star.