Ernest was one of at least eight children born to George Clifford and Emma Billing. George, born c1848 in Walworth (in Southwark, South London) was an agricultural labourer. Emma was born c1847 in Syresham, Northamptonshire. The couple married in late 1869 in the Buckingham area. In their early married life, they lived at Finmere, Oxfordshire, (a few miles south of Syresham and west of Buckingham), and it was here that their daughter, Ada, was born in 1870.

Sometime after the 1871 census, the family moved to Farnham Royal where Ernest Alfred was born on 17 October 1873. He was christened on 22 March the following year.

A move to Datchet

By the time of the next census, in 1881, the Cliffords were living in Datchet, at Lawn Cottages, where they lived for the next 45 years or more. (Oxley’s local directory lists George Clifford still living at Lawn Cottages in 1925. These were workers’ cottages, originally built for employees of The Lawn, and so it seems likely that George, a cowman, had been employed by the owner of The Lawn, the widow Mary Ann Crake. Mrs Crake died in 1900 but her descendants owned The Lawn until its sale in 1928. To read more about The Lawn on Janet Kennish’s Datchet History website, please click here.)

The teenage Ernest had been working as a gardener but had his sights set elsewhere. Sailing the oceans must have seemed an exciting prospect for this young man from Datchet and, at the age of 15, he joined the Navy. In the 1891 census he was recorded in Portsea, the youngest of the seamen and naval officers boarding at 13 and 14 Camden Alley. His occupation was described as ‘Boy, Royal Navy’. In October 1891, aged 18, he signed up for 12 years’ service. His service record shows that when he joined he was 5’5” though he grew to 5’7”. His hair was brown, eyes grey, his complexion described as fair and later sallow. He had a tattoo, an ‘E’, on his left arm. (Scroll down to the end of this document to see Ernest’s service record.)

By 1901, Ernest was Acting Chief Petty Officer aboard HMS Forte. The ship saw service during the Second Boer War. Ernest was awarded the Queen’s and King’s South African medal 1899-1902. The records list his official number as CH148384, and his nearest relative, his father, George Clifford of Lawn Cottage, Datchet. The records also gave details of anyone who was receiving an allowance from the sailor’s pay. In Ernest’s case this was his mother to whom he allotted 60 shillings, or £3, per month.

Ernest married 28-year-old Louisa Jane Worth in late 1902 in Fulham, London. We do not know for certain whether they had any children. If they did, the children perhaps wouldn’t have seen their father very often as Ernest remained at sea.

Gunrunners in the Persian Gulf

In the 1911 census, Ernest Alfred Clifford, by then 37, was Chief Petty Officer aboard HMS Highflyer, sailing around China and the East Indies. He served aboard the ship as Chief Petty Officer from February 1911 to June 1913. She was deployed in the Persian Gulf to stop the trafficking of arms, particularly from Muscat, and Ernest was awarded the Naval General Service Medal with Clasp “Persian Gulf” 1909-14 (HMS Highflyer) The clasp was awarded for operations against pirates, gun-runners and slavers.

Less than a year before the outbreak of WWI, after 23 years in the Navy, Ernest joined the Royal Naval Volunteer Reserve (RNVR). Around this time, Louisa was living at 3 Coastguard Cottages in Hove. These cottages no longer exist but they used to be close to the Coastguard Station and RNVR Depot, near the corner of Hove Street and Kingsway. The RNVR also had premises in nearby Victoria Terrace.

Following the outbreak of war, in August 1914 the 63rd Royal Naval Division was formed, mobilising thousands of Royal Navy and Royal Marine reservists and volunteers, including Ernest. There were not enough ships for all these men and so it was decided to train the two Naval Reserve brigades as infantry to form an infantry division with the Marine Brigade. There were eight battalions named after naval commanders. Ernest was in Howe (6th) Battalion A/1, a naval infantry battalion, from 19 August 1914 until his death in 1915.

Training was slow because resources were needed elsewhere, and the men were poorly equipped. Rifles were drawn from Royal Navy stocks and only arrived at the end of September. These were older charger-loading Lee Enfield rifles rather than the more modern short magazine ones which were issued to the army. The division was not provided with medical, artillery or engineer units.

In October 1914, the men were sent off to the trenches to defend Antwerp then, in February and March 1915, the Division sailed to Lemnos and on to Gallipoli.

The eight-month campaign in Gallipoli was fought by Commonwealth and French forces in an attempt to force Turkey out of the war, to relieve the deadlock of the Western Front in France and Belgium, and to open a supply route to Russia through the Dardanelles and the Black Sea.

Ernest was promoted to Temporary Sub Lieutenant at Cape Helles. (Service number: ex-CH/148384 Chief Petty Officer RN). The landing at Cape Helles was part of the amphibious invasion of the Gallipoli peninsula by British and French forces on 25 April 1915. The landing was mismanaged by the British commander and many lives were lost. For the following two months, the British fought several costly battles to reach their objectives of the first day but they were defeated by the Ottoman Army.

The Third battle of Krithia was launched on 4 June, this was the final in a series of Allied attacks aimed at capturing the original objectives of 25 April. Ernest was killed in action around this date during action at Dardanelles. (The Commonwealth War Graves Commission lists his date of death as 4 June; his seaman’s record, see image below, lists 7 June.)

The total casualties for the Gallipoli Campaign were more than half a million. The Dardanelles Campaign remains one of the most controversial battles of WWI.

Ernest’s death was reported in Datchet’s Parish Magazine in July 1915.

(Ernest’s death wasn’t the only one to affect those living at Lawn Cottages. The Cliffords’ neighbours, the Suttons, also lost their son, William in 1917.)

Ernest received the 1914 Star, Victory and British Medals, which were issued to his wife, Louisa. His records show that the 1914-15 Star was erroneously issued and then replaced with the 1914 Star. Louisa Jane Clifford died in Hove in 1969. 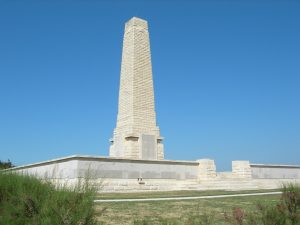 Ernest has no known burial site but he is remembered at the Helles Memorial. His name is on panels 8-15, to the left of the steps in the photograph, right.

The Helles Memorial is the Commonwealth battle memorial for the whole Gallipoli campaign and also the place of commemoration for many of the servicemen who died there and have no known grave. There are also panels for those who died or were buried at sea in Gallipoli waters. Over 20,000 names are commemorated on this memorial.

Remembered  in Datchet and Hove

Ernest is also remembered on Datchet’s WWI memorial and in Hove where he and Louisa had been living. The names of those lost in WWI are listed on the walls of Hove Library, see images below. 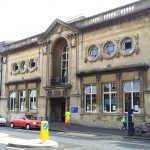 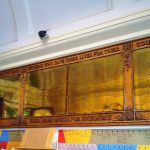 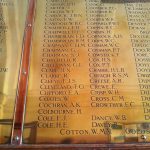 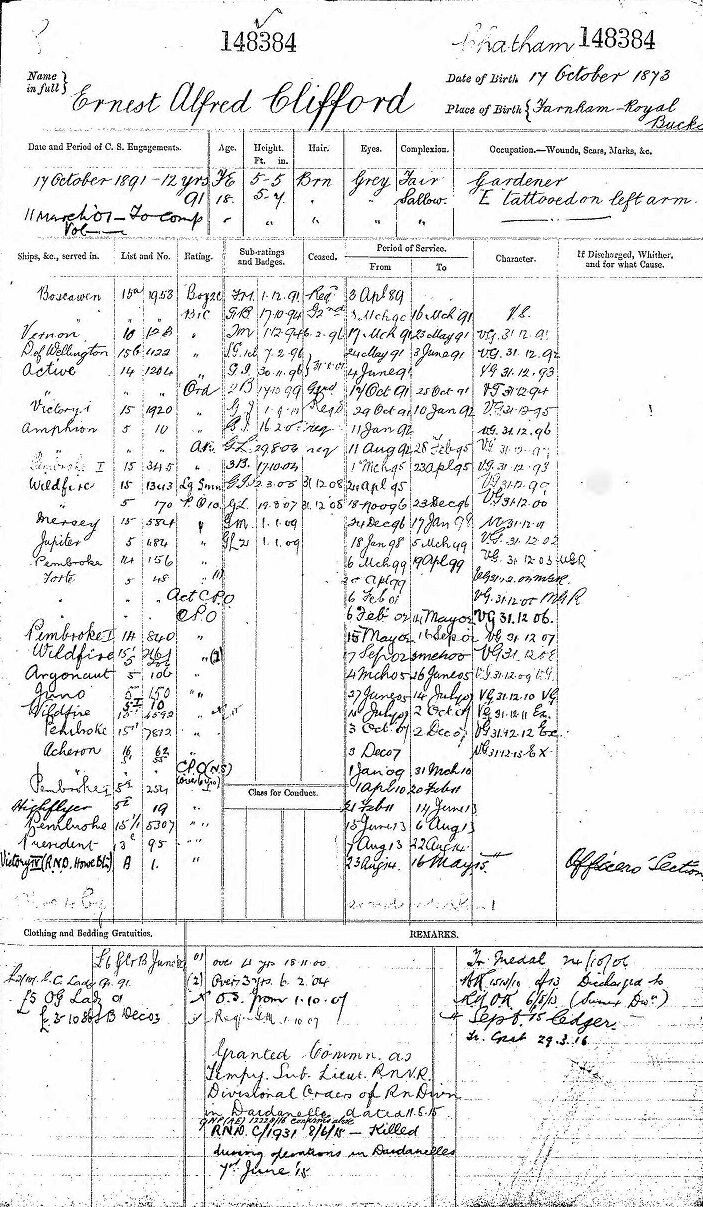