Edward Albert Ashton was born in 1894 in Wexham. In 1901 he was living with his parents Edward and Alice and four younger brothers in Stoke Poges. They clearly fell on hard times. In the 1911 census, his father, a jobbing gardener, was homeless, and living in the open air at Dorney. Edward and Walter, one of his brothers, were living at Tyndale House, a home for working boys in Chelsea. Edward had a job as a porter for a picture cleaner and Walter was an engineer’s errand boy. Sometime between 1911 and 1915, his parents moved to Welley.

When Edward enlisted in the 1/7th London Regiment, he was living in Westminster. He was killed in action at Loos on 25 September 1915, age 21. He has no known grave and is remembered with more than 20,000 others at Loos Memorial, Pas de Calais, France. On 19 January 1916, his name was listed in the Windsor and Eton Express in the Datchet War Roll.

Edward is also remembered on the WWI memorial at Fenny Stratford, near Milton Keynes but, as yet, we don’t know how he is connected with that town. His brother, Walter, served in WWI, in the Royal Navy as Signaller J26741. He survived the war. Neither is on Datchet War Roll.

The Commonwealth War Graves Commission records that Edward was the son of Edward and Alice Ashton of Welley, Datchet Common. As Datchet was his family home, Edward qualified as a candidate for inclusion on the memorial. His name was added to Datchet’s War Memorial in November 2018. 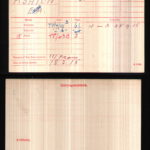