Robert Adam was born in early 1896 in Littleton, West Lavington, Wiltshire. He was the youngest boy of nine children born to gamekeeper Alexander Adam and his wife, Agnes, nee Christie.

His parents were Scottish; his father was born in Kincardineshire and his mother in Aberdeenshire.

The children’s birthplaces suggest that the family was moving around the country a lot, no doubt with Alexander’s work as a gamekeeper. In 1887 they were in Sussex, in 1888 in Fifeshire, 1890 Yorkshire, 1892 Kincardineshire, 1894 Surrey, 1896 and 1899 Wiltshire, 1901 and 1904 Berkshire. They were still in Berkshire at Lambourn Woodlands for the 1911 census when Alexander’s two oldest sons were listed as gamekeeper’s assistants. Gamekeeping must have been fairly lucrative; Alexander died on 30 September 1913, at Westminster Hospital, leaving £1387 10s 1d in his will.

We know Robert arrived in the village sometime after the 1911 census and was living in Datchet when he enlisted but until recently, we did not know his occupation. We had wondered if there was a possibility he had become a gamekeeper like his father and was breeding and protecting game – and deterring poachers – on the Ditton Park estate for the Montagus of Beaulieu. In February 2019, we were contacted by Robert’s nephew, Michael Fred Christie Adam, who told us that his father, James, and Robert, worked as chauffeurs in Datchet for the Carson family of paint manufacturers at White House.

Not knowing a ‘White House’ in Datchet, at first we thought this might be White Lodge on Southlea Road but at the time the Jay family was living there. We have been unable to find the Carson family in Datchet in the 1911 census but, in the 1916 and 1920 editions of Marshall’s Directory, a Mr Carson was living at The Retreat, left. See the Datchet History website for more about this house. (In the 1890s and 1910s, Walter Carson was operating his paint business from a factory in Battersea.)

Robert enlisted in Windsor. He trained with the 2nd Battalion of the Oxfordshire and Buckinghamshire Light Infantry as Private 22167, then transferred to the 15th Battalion Royal Warwickshire Regiment as Private 30128. 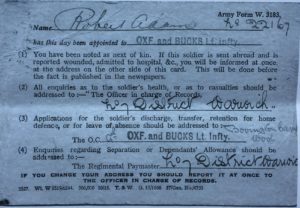 The 2nd OBLI was mobilised in February 1916 and sent to France in June 1916. The men then transferred to the 15th Royal Warwickshires at the beginning of September 1916, as part of the 13th Brigade, 5th Division. Robert was in 19 Platoon D Company.

Robert was killed on Sunday 3 September 1916 when the battalion attacked Falfemont Farm during the Battle of the Somme. The battalion suffered 231 casualties that day.

The attack on the farm was part of the Battle of Guillemont, 3-6 September 1916. The Commonwealth War Graves Commission website includes information about this battle: “Throughout late July and August 1916, Guillemont defied repeated British attacks. These bloody encounters led only to partial and temporary occupations of shattered ruins as determined German counter-attacks and continuous artillery fire forced later withdrawals.

“Another major attack was planned for late August, though heavy rain delayed the operations until 3 September. Preliminary bombardments began on Saturday 2 September and, at 8.50am on Sunday morning, 5th Division [Robert’s division] advanced towards the protective strongpoint of Falfemont Farm to the south-east of the village. 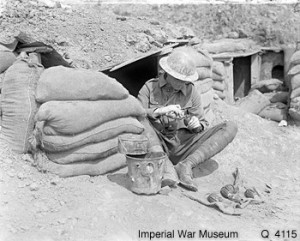 “The main assault on Guillemont itself was made by 20th (Light) Division, two battalions of which crept forward before zero hour and took the Germans by surprise. At noon the main line, including a brigade of the 16th (Irish) Division, advanced and after much difficult fighting (especially near the quarry and station) Guillemont was secured and progress made several hundred yards eastwards.

“Although 5th Division failed to take the Farm, units did break into the German second line position. Next day saw 5th Division attempt advances towards Leuze Wood including another attack on Falfemont Farm which was not captured until early the following morning.”

Robert’s mother received the sad news of her son’s death in a letter from his platoon sergeant, written on 9 September, which Robert’s nephew has kindly shared with us. 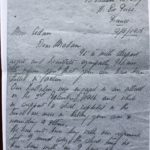 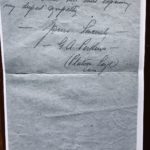 The letter from France, starts ‘Mrs Adam, Dear Madam, It is with deepest regret and heartfelt sympathy I have to inform you that your son has been killed in action. Our Battalion was engaged in an attack on the 3rd September 1916 and while in support a shell exploded in the trench we were in killing your son and wounding 9 others. He has not been long with our regiment but I must say the short time he has been with us, I have always found him willing and hard-working. All the boys in his platoon also express their sympathy. I will conclude once more expressing my deepest sympathy. Your sincerely, G A Perkins (Platoon Sergt)’

Robert’s great, great nephew, Matt Spring, wrote on the Great War Forum that he recalled his grandmother showing him a newspaper cutting which quoted this letter to the family. Some sources on the website forum claimed that the barrage fell short, shelling British troops rather than the German positions. 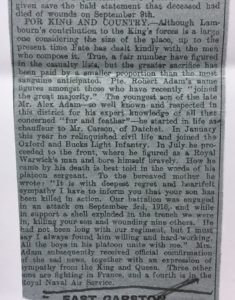 This 1916 cutting (date and title of newspaper unknown) was sent to us by Michael Adam. It reads: FOR KING AND COUNTRY. Although Lambourn’s contribution to the King’s forces is a large one considering the size of the place, up to the present time Fate has dealt kindly with the men who compose it. True a fair number have figured in the casualty lists, but the greater sacrifice has been paid by a smaller proportion than the most sanguine anticipated. Pte Robert Adam’s name figures amonst those who have recently “joined the great majority”. The youngest son of the late Mr Alex Adam – so well known and respected in this district for his expert knowledge of all that concerned “fur and feather” – he started in life as chauffeur to Mr Carson of Datchet. In January this year he relinquished civil life and joined the Oxford and Bucks Light Infantry. In July, he proceeded to the front, where he figured as a Royal Warwick’s man and bore himself bravely. How he came by his death is best told in the words of his platoon sergeant. [Here the letter from his platoon sergeant is repeated.] Mrs Adam subsequently received official confirmation of the sad news together with an expression of sympathy from the King and Queen. Three other sons are fighting in France and a fourth is in the Royal Naval Air Service.’ 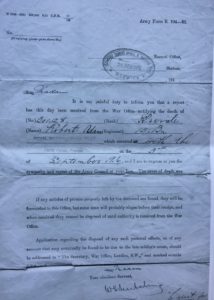 The letter from the platoon sergeant was followed with official notification sent on 25 September 1916, confirming that Robert had been killed in action.

Mrs Adam received a letter in April the following year, 1917, from the War Office issuing the sum of eight shillings and six pence ‘being the amount that is due on the settlement of the accounts of the late Private Robert Adam to his brother James. The above amount is issued to you in accordance with the written request of the deceased’s brother James.’ This was sent to Mrs Adam at Staff House, Lambourn.

This was followed in February 1919 by another payment, this time of two pounds and three shillings to be shared between Robert’s mother, brother John and sisters Margory, Mary and Agnes. Another sum of one pound five shillings and six pence was retained to be paid to Robert’s brothers Alexander, William and James. The letter continued, ‘if any articles of private property belonging to the deceased have been recovered, they will have been sent to the Officer in charge of Infantry Records, Warwick, who has been authorised to forward to you any articles that may be forthcoming.’

And again in December 1919, another formal letter from the War Office announced the payment of three pounds being the amount due to the estate of the late Private Robert Adam on account of War Gratuity, to be distributed in equal shares between his mother, sisters and brothers.

Memorial to the missing of the Somme

Robert has no known grave and is remembered on the Thiepval Memorial, the memorial to the missing of the Somme. He is also commemorated on the Datchet and Lambourn War Memorials.

The Lambourn Memorial was dedicated on Sunday 19 December 1920 at 3pm. Michael Adam kindly sent us a copy of the service sheet. 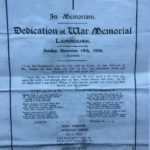 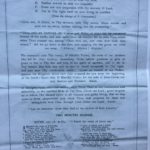 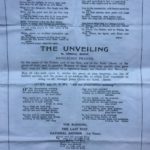 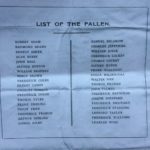 Robert was awarded the British War and Victory medals. His family received the following notification of this in April 1921. 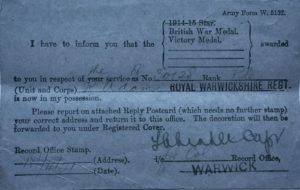