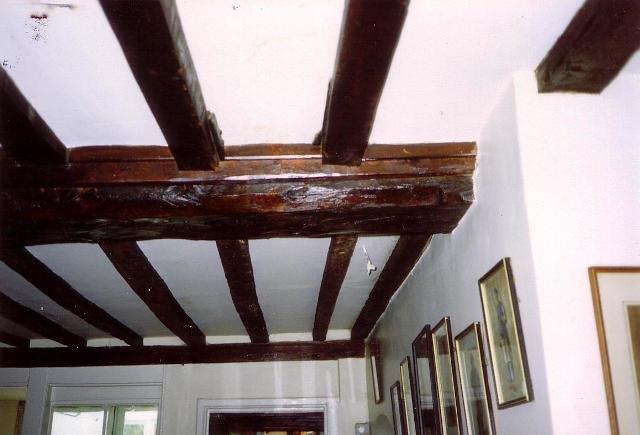 Timber-framing is an ancient way of building with posts and beams cut directly from felled trees to make a framework which can stand by itself. The walls were then made solid by filling in the frame with cheap and light materials. Datchet has around ten timber-framed houses which were built in the late 1400s, 1500s and 1600s. 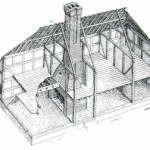 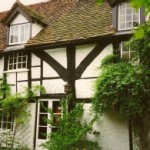 There is now a scientific way of finding out when the trees used to build a house were cut down, called tree-ring dating. It’s done by drilling out small samples from a building’s timbers and comparing the pattern of their growth-rings with those from trees whose age is known.

This will be expensive and, for now, this project is on the back burner but, long term, we will need to apply for a Local Heritage Grant, which are often given for this sort of local historical project. A great deal of form-filling and waiting lies ahead before any samples can be drilled out from beams like the one above, and another very long wait before we know which of the village’s houses are the oldest of all. (We think we can guess, but shall we be right?)

If you live in one of Datchet’s very old houses you may find that local historian, Janet Kennish, has already researched the history of the building and the people who have lived in it. Most houses built from Victorian times to the present have not yet been researched and the Datchet Village Society would like to help you discover the history of your own house. For more information see here